Obama's victory and the inevitable struggle ahead

The election of Barack Obama as the next president of the United States is an occasion of historic significance. Over four centuries, African Americans have suffered enslavement, Jim Crow segregation, lynch mob terror and racist discrimination manifested in countless ways. Racism against African Americans and other oppressed nationalities has in reality been far more integral to "the American way" than has anything truly resembling democracy. While millions of people are yearning for real change, for an end to war, unemployment, foreclosures, and more, the Democratic Party is as much a party of the bankers and bosses as is the Republican Party. McCain and Obama shared a common list of corporate and banking sponsors. The only difference is that, in the 2008 election, the Democratic candidate received more of the big money donations than the Republican did.

The fact that an African American has at long last been elected to the highest office in the United States is being greeted with euphoric celebrations in communities across the country. Obama’s election has broken the 220-year streak of white male presidents, spanning 43 administrations. Even "white male" does not adequately define how narrowly restricted access to the office has been. With one exception—John F. Kennedy, a Catholic—every U.S. president has been a Protestant. No eastern or southern European has ever been elected to the office.

Adding to the jubilation is the fact that Obama’s assumption of the presidency on Jan. 20, 2009, will terminate one of the most despised and reviled administrations in U.S. history. The vast majority of humankind worldwide is also celebrating the departure of the hated Bush regime.

Obama’s victory, on the one hand, shows how much progress the Black Liberation struggle and its legacy has made in eroding white supremacy. That so many backward white people overcame their own racism to vote for Obama is a sign that the economic crisis is providing the material basis for multinational unity. Class unity, based on mutual interests and opposition to racism, can be achieved in the struggles that are sure to come.

Obama and the Democratic Party ran his campaign, however, by distancing himself from affirmative action, the struggle against police brutality, the Rev. Jeremiah Wright, and other issues and images historically associated with the struggle of the Black community. This was a requirement of support for Obama by the racist ruling class and its media. The struggle against racism will continue as a primary task for the progressive workers’ movement.

The euphoria and high expectations surrounding Obama’s victory will likely last through his inauguration and beyond. There will be a honeymoon phase between the progressive sectors of society and the new capitalist administration.

There are widespread hopes that the Obama presidency will reverse the generally reactionary direction of the past three decades; that the war in Iraq will end, and that there will be a shift in the direction of greater economic and social justice.

It’s safe to say that a majority of people view the presidential election as selecting the next leader of the country, and "the country" includes all of us. But the president is not the leader of the country. The president, regardless of which party or individual holds the office, is the Chief Executive Office of the capitalist state machine. This machine enforces a system of extreme and growing poverty among the working class, and extreme wealth for the capitalists, who accumulate their fortunes from the labor of working people. The capitalist state perpetuates racism, police repression, mass incarceration and endless war.

The function of that state is to protect the common interests, not of "the people," but of the imperialist ruling class. The army, police, courts, and prisons are the pillars of the state and the capitalist social order, as are the Federal Reserve System, Treasury and other federal government departments.

The real role of the capitalist state as protector of the interests of the capitalist class has been dramatically highlighted in recent weeks by the $2.25 trillion bailout of the biggest banks and investors. While those responsible for the financial and economic crisis are receiving trillions of dollars, the millions who are losing their homes and jobs have so far gotten nothing.

Obama and McCain, along with Democratic and Republican leaders in Congress, have backed and defended the bailout plans in the face of widespread popular anger. Obama, along with McCain, opposed inclusion of a provision in the bailout bill that could have made it possible for millions of people facing foreclosure to remain in their homes. Why? Because the big banks were against it.

The rejected provision would have allowed bankruptcy judges to reduce the inflated price of mortgages, high interest rates and monthly mortgage payments. At least 600,000 families could have avoided foreclosure. The bankers opposed it because it would lower their profits. Obama sided with the bankers.

The new contradiction and overcoming it

The bailout illustrates the new contradiction that has come into being with the Obama election. The capitalist class is intensifying their war against the working class to force the workers to bear the burden of the economic crisis that the capitalists created. This, in turn, will inevitably require the workers to intensify their struggle against the capitalists. Yet, the progressive sectors of the working class will be supportive—at least in the first period—of the very president whose job is to help the class that is attacking workers.

The new situation presents great challenges and opportunities for a revolutionary party and the progressive movement as a whole. As the crisis deepens, more and more workers, students, and others will be open to a socialist critique, not only of policies, but of the system itself. The crisis creates the possibility for the emergence of a truly mass, working-class movement. To take full advantage of these opportunities requires tactics and slogans that address the unfolding crisis of capitalism at a time when many progressive sectors will be generally supportive of the incoming president.

What is needed is a clear program focused on what the new administration should do to meet the needs of the working people; to fulfill the expectations its campaign has created. The PSL’s La Riva/Puryear Presidential Campaign put forward such demands, not just as words on paper, but as a fighting program, starting with the following:

The people will engage in struggle to demand the new administration carry through this program that addresses their needs. To the extent that an Obama White House resists these demands, it will be exposed as another agent of the capitalist bankers and corporate bosses.

A revolutionary party can not skip over this stage of the political process. It cannot function as a "radical substitute" for the masses.

Real changes in consciousness on a mass scale can only come about by large numbers of people going through their own experiences in the struggle. The tactics of the coming period must be created with that essential fact in mind.

Party for Socialism and Liberation

The Party for Socialism and Liberation (PSL) is a Marxist party in the United States founded to promote revolutionary change.[2]

It was originally created as the result of a split within the ranks of the Workers World Party (WWP). The San Francisco, Los Angeles, Seattle and Washington, D.C. branches of WWP left almost in their entirety to form the PSL. The PSL has since established branches in several additional urban centers across the United States.

The main publications of the Party for Socialism and Liberation, reflecting its political perspective, are the biweekly newspaper, Liberation, and the quarterly magazine, Socialism and Liberation. PSL outlines its political perspective, including its assessment of the current international and domestic situation in the pamphlet "Who We Are, What We Stand For." The PSL advocates building a revolutionary workers’ party in the United States.

The PSL supports the government of Cuba, and while critical of the current Chinese government, it views the Chinese Revolution favorably. The PSL also supports the Bolivarian Revolution in Venezuela – a frequent topic in its magazine. It has endorsed activities that call for the release of the Cuban Five – deemed political prisoners by supporters – and called for the extradition of Luis Posada Carriles from the US.[3] 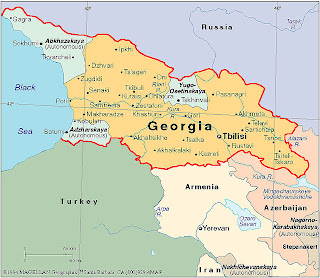