1. We are the digital artisans. We celebrate the Promethean power of our labour and imagination to shape the virtual world. By hacking, coding, designing and mixing, we build the wired future through our own efforts and inventiveness.

2. We are not the passive victims of uncontrollable market forces and technological changes. Without our daily work, there would be no goods or services to trade. Without our animating presence, information technologies would just be inert metal, plastic and silicon. Nothing can happen inside cyberspace without our creative labour. We are the only subjects of history.

3. The emergence of the Net signifies neither the final triumph of economic alienation nor the replacement of humanity by machines. On the contrary, the information revolution is the latest stage in the emancipatory project of modernity. History is nothing but the development of human freedom.

4. We will shape the new information technologies in our own interests. Although they were originally developed to reinforce hierarchical power, the full potential of the Net and computing can only be realised through our autonomous and creative labour. We will transform the machines of domination into the technologies of liberation.

5. We will contribute to the process of democratic emancipation. As digital artisans, we will come together to promote the development of our trade. As citizens, we will participate within republican politics. As Europeans, we will help to break down national and ethnic barriers both inside and outside of our continent.

6. Freedom today is now often just the choice between commodities rather the ability to determine our own lives. Over the past two hundred years, the factory system has dramatically increased our material wealth at the cost of removing all meaningful participation in work. Even poorer members of European societies can now live better than the kings and aristocrats of earlier times. However the joys of consumerism are usually constrained by the boredom of most jobs.

7. Since 1968, the desire for increased monetary rewards has increasingly been supplemented by demands for increased autonomy at work. In the European Union and elsewhere, neo-liberals have tried to recuperate these aspirations through their policies of marketisation and privatisation. If we are talented workers in the 'cutting-edge' industries like hypermedia and computing, we are promised the possibility of becoming hip and rich entrepreneurs by the Californian ideologues. They want to recruit us as members of the 'virtual class' which seeks to dominate the hypermedia and computing industries.

8. Yet these neo-liberal panaceas provide no real solutions. Free market policies don't just brutalise our societies and ignore environmental degradation. Above all, they cannot remove alienation within the workplace. Under neo- liberalism, individuals are only allowed to exercise their own autonomy in deal-making rather than through making things. We cannot express ourselves directly by constructing useful and beautiful virtual artifacts.

9. For those of us who want to be truly creative in hypermedia and computing, the only practical solution is to become digital artisans. The rapid spread of personal computing and now the Net are the technological expressions of this desire for autonomous work. Escaping from the petty controls of the shopfloor and the office, we can rediscover the individual independence enjoyed by craftspeople during proto-industrialism. We rejoice in the privilege of becoming digital artisans.

10. We create virtual artifacts for money and for fun. We work both in the money-commodity economy and in the gift economy of the Net. When we take a contract, we are happy to earn enough to pay for our necessities and luxuries through our labours as digital artisans. At the same time, we also enjoy exercising our abilities for our own amusement and for the wider community. Whether working for money or for fun, we always take pride in our craft skills. We take pleasure in pushing the cultural and technical limits as far forward as possible. We are the pioneers of the modern.

11. The revival of artisanship is not a return to a low-tech and impoverished past. Skilled workers are best able to assert their autonomy precisely within the most technologically advanced industries. The new artisans are better educated and can earn much more money. In earlier stages of modernity, factory labourers symbolised of the promise of industrialism. Today, as digital artisans, we now express the emancipatory potential of the information age. We are the promise of history.

12. We not only admire the individualism of our artisan forebears, but also we will learn from their sociability. We are not petit-bourgeois egoists. We live within the highly collective institutions of the market and the state. For many people, autonomy over their working lives has often also involved accepting the insecurity of short- term contracts and the withdrawal of welfare provisions. We can only mitigate these problems through our own collective action. As digital artisans, we need to come together to promote our common interests.

13. We believe that digital artisans within this continent now need to form their own craft organisation. In early modernity, artisans enhanced their individual autonomy by organising themselves into trade associations. We proclaim that the collective expression of our trade will be: the European Digital Artisans Network (EDAN).


The Aims of EDAN
part 3

14. We urge everyone who is working within hypermedia, computing and associated professions on this continent to join EDAN. We call on digital artisans to form branches of the network in each of the member states of the European Union and its associated countries. By forming EDAN, we will also be creating a means of forging links between European digital artisans and those from elsewhere in the world. We will strive for cooperation in work and in play with our fellow artisans in all countries.

15. We believe that the principal task of EDAN is to enhance the exercise of our craft skills. By collaborating together, we can protect ourselves against those who wish to impose their self- interests upon us. By having a strong collective identity, we will enjoy more individual autonomy over our own working lives.

16. EDAN will celebrate our creative genius as digital artisans. The network will act as the collective memory about the achievements of digital artisans within Europe. It will publicise outstanding 'masterpieces' of craft skill made by its members among the trade and to the wider public.

17. The network will be the social meeting-place for digital artisans from across Europe. EDAN will organise festivals, conferences and congresses where we can meet to organise, discuss and party. We believe that digital artisans should express their collective identity by regularly celebrating together in private and public.

18. EDAN will collect detailed knowledge about the trade in the different regions of Europe. It will aim to provide information about best practice in contracts, copyright agreements and other business arrangements to its members. The network will also be a source of contacts in each locality for digital artisans looking for work in different areas of Europe.

19. We believe that what cannot be organised by our own autonomous efforts can only be provided through democratic political institutions. The network will lobby for changes in local, national and European legislation which can enhance our working lives as digital artisans. As concerned citizens, we will also support the fullest development of public welfare services.

20. EDAN will campaign for European governments to put more resources into the theoretical and practical education of digital artisans in schools and universities. The network will facilitate links between educational institutions teaching hypermedia and computing across the continent. EDAN also believes that publicly-funded research is necessary for the fullest development of our industry.

21. EDAN will urge the European Union to launch a public works programme to build a broadband fibre- optic network linking all households and businesses. We believe in the principle of universal service: everyone should have Net access at the cheapest possible price. No society can call itself truly democratic until all citizens can directly exercise their right to media freedom over the Net.

22. We will campaign for the creation of 'electronic public libraries' where on-line educational and cultural resources are made accessible to everyone for free. Public investment in digital methods of delivering life-long learning is needed to create an information society. The Net should become the encyclopedia of all knowledge: the primary resource for the new Enlightenment.

23. We believe that the role of the hi-tech gift economy should be further enhanced. As the history of the Net has shown, d.i.y. culture is now an essential part of the process of social development. Without hacking, piracy, shareware and open architecture systems, the limitations of the money-commodity economy would have prevented the construction of the Net. EDAN also supports open access as means of people beginning to learn the skills of hypermedia and computing. The promotion of d.i.y. culture within the Net is now a precondition for the successful construction of cyberspace.

24. We are the digital artisans. We are building the information society of the future. We have come together to advance our collective interests and those of our fellow citizens. We are organised as the European Network of Digital Artisans. Join us. 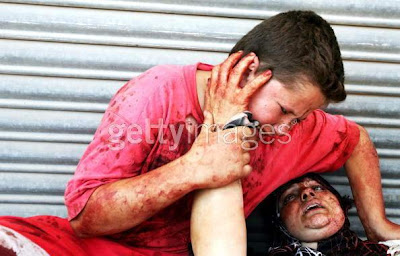