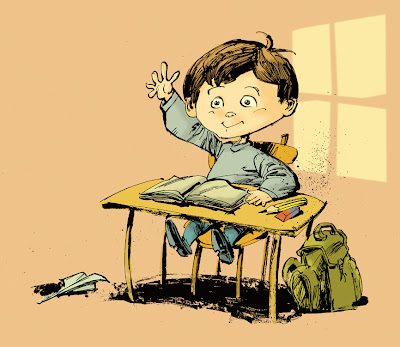 Vassilis Gogtzilas was born in 1978 in Thessaloniki, Greece. He grew up in Evosmos a suburb of Thessaloniki, the second largest city of Greece. Evosmos is next to the city's industrial area with countless chimneys pouring large amounts of noxious toxic gasses in the atmosphere into the surrounding area. Parts of Evosmos used to be swamp. Even nowadays one can see here and there among the apartment blocks and motorways some old abandoned creaky houses that the children would consider "haunted". Vassilis would spend most of his time drawing throughout his childhood. Art was his main point of interest. His first published works were comic strips for newspapers, illustrations and comics which he began publishing from the age of 14. From an early age he started publishing in newspapers and magazines of wide distribution. In the meantime he studies graphic design. This was a highly creative period of his life as he would produce as much as 100 illustrations per month this enable him to establish his own personal artistic style. There after he continues to work as a freelance illustrator and comic book creator.
Πρόσωπα Φίλοι blogs